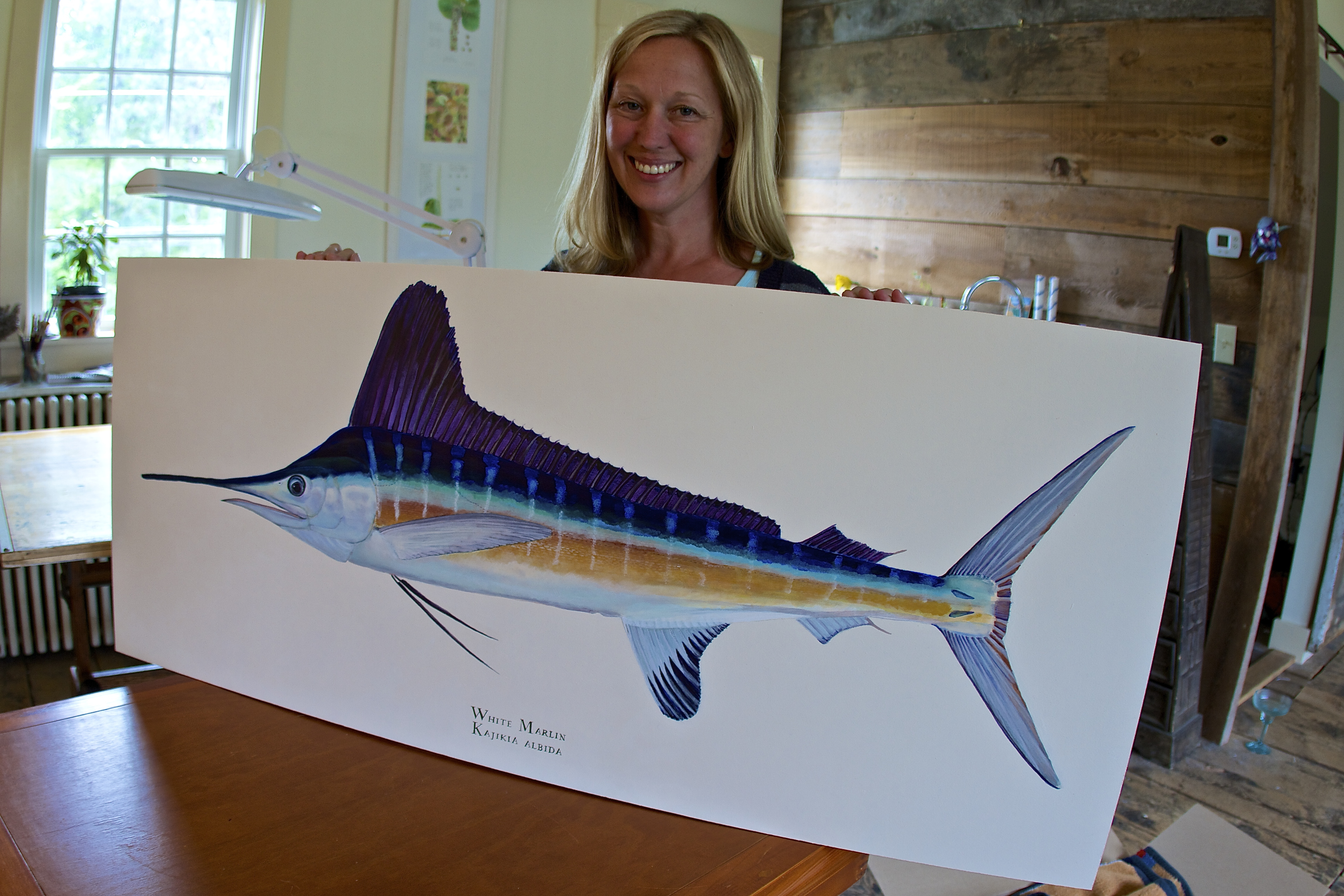 I recently finished two new billfish paintings, and I wanted to share a little bit about the story behind these paintings with you here. 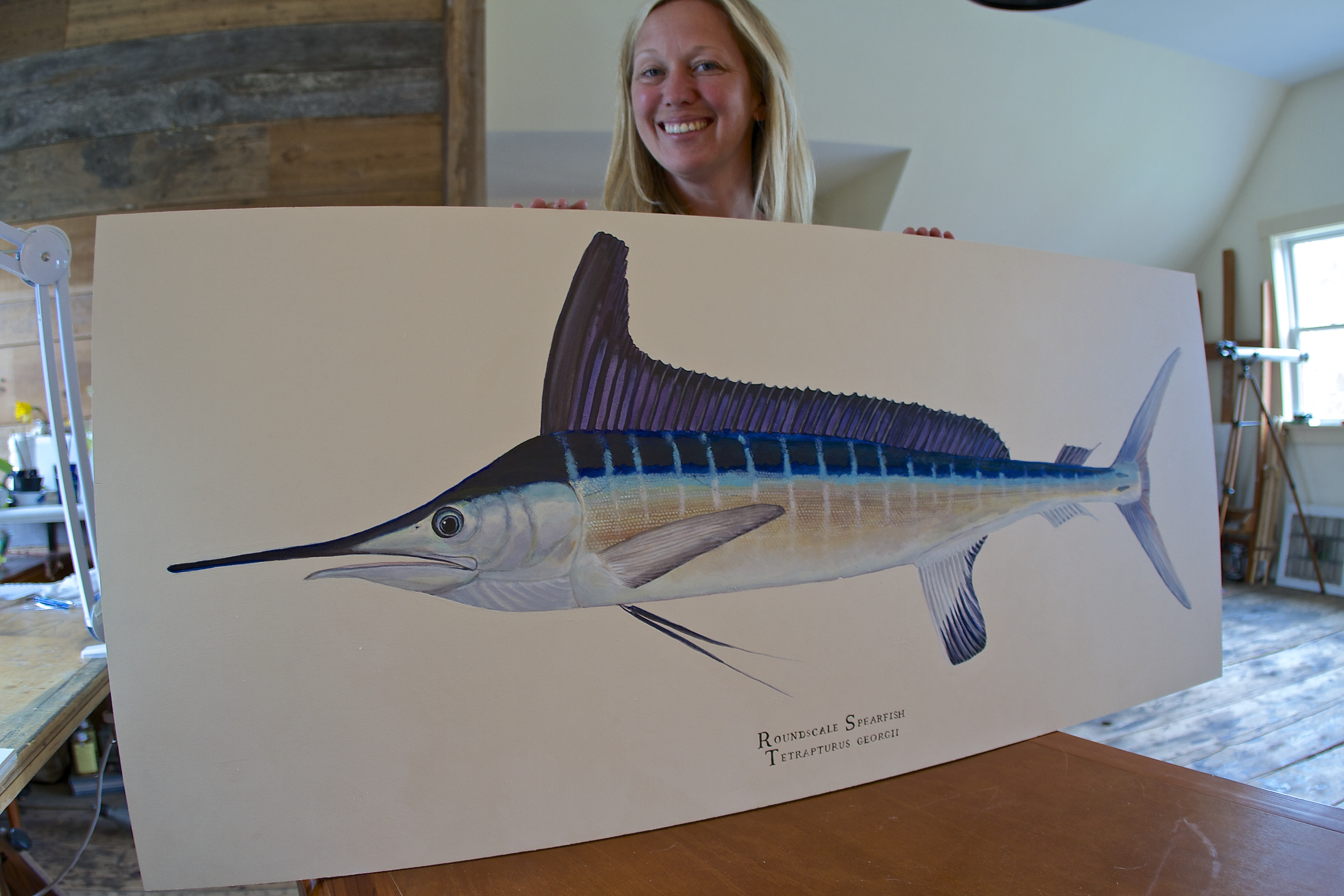 After analyzing morphology information, as well as scale samples, skin patches and photography, NOAA determined many of these fish were not white marlin at all. Rather many were roundscale spearfish, a species first described in 1840 but only documented in a very limited area of the Eastern Atlantic and Mediterranean. A 2009 scientific paper on which Hinteregger was a co-author updated the morphology, distribution and relative abundance of the roundscale spearfish in the Western North Atlantic.

These two scientific illustrations are meant to show the similarities and some of the key differences between the two species.

Identifying that some of the so-called hatchet marlin were actually roundscale spearfish and not white marlin became important from a conservation standpoint. White marlin had previously been petitioned for listing under the Endangered Species Act, and they are currently listed as vulnerable on the IUCN Red List.

While the most recent stock assessments show "a slight stabilization or increase in abundance" in white marlin populations, there remain serious concerns about the species. According to IUCN, white marlin populations remain well below the biomass at maximum sustainable yield and the fishery is not considered to be well managed. The data now show that as many as one-third of the fish identified as white marlin in recent stock assessments may actually be roundscale spearfish.

If you are interested in purchasing a limited edition giclee print on canvas of either of these paintings (or both!), here are the links: