The spiny dogfish (Squalus acanthias) is the smallest shark documented in the Gulf of Maine but it is often one of the most controversial. Like several well known Gulf of Maine species, the spiny dogfish has experienced a boom-bust cycle going from "cussed dogfish" in the late 19th century to fishery collapse in the late 20th century. At present the spiny dogfish is said to be so abundant in the Gulf of Maine that it is considered a nuisance responsible for fouling fishing gear and preying on valuable fish stocks like cod. Despite this fact, the IUCN Red List still lists the northwest Atlantic subpopulation as Endangered based on a 2006 assessment.

Growing to a maximum length of 160 cm, most spiny dogfish grow to closer to 100 cm. The species' scientific name translates roughly as "pale" or "weak" spines or shark with spines. Dogfish have two venomous spines, one with each of its two dorsal fins. The spiny dogfish is a marine, brackish, benthopelagic and oceanodromous species that has been recorded at depths of more than 1000 meters.

Like many shark species, the spiny dogfish exhibits life history and reproductive traits that make it extremely vulnerable to over-exploitation. For example, the spiny dogfish has longest known gestation period (at 18 to 24 months) of all cartilaginous fishes (chondrichthyans). Litter size may be as many as 21 pups but is frequently much smaller (sometimes even just a single pup). The relatively long-lived (35-50 years in northern Atlantic) spiny dogfish grows relatively slowly and does not reach sexual maturity until 60-70 cm in length for males and 75-90 cm for females.

Because populations segregate and large females tend to aggregate, the most important individuals in terms of population stability are extremely vulnerable to even moderate fishing pressure, even in areas where stocks have been severely depleted. This is problematic because larger individual females carry more embryos. A 100 cm female spiny dogfish, for example, may carry four times as many embryos compared to a 70 cm individual. The survival rate of pups from females over 100 cm are higher than the pups of smaller spiny dogfish. Even moderate fishing pressure can be devastating to the species when aggregations of large females are targeted.

While the spiny dogfish does not have a large domestic market, traditionally large numbers of the species harvested in the northwest Atlantic have been exported to Europe, where demand is high. Overfishing in the northwest Atlantic caused a fisheries collapse and subsequent closure of the fishery in the late 1990s. Since that time, dogfish stocks have rebounded, but the international demand has all but disappeared. Attempts to develop domestic markets have been hampered by a lack of familiarity with the species as food, a poor reputation as food, and extremely limited availability at the point-of-sale. In addition concerns about mercury concentrations* have likely negatively affected efforts to have the government buy large quantities of dogfish as part of a USDA surplus food program.

Fishes of the Gulf of Maine (1953) Spiny Dogfish Chapter 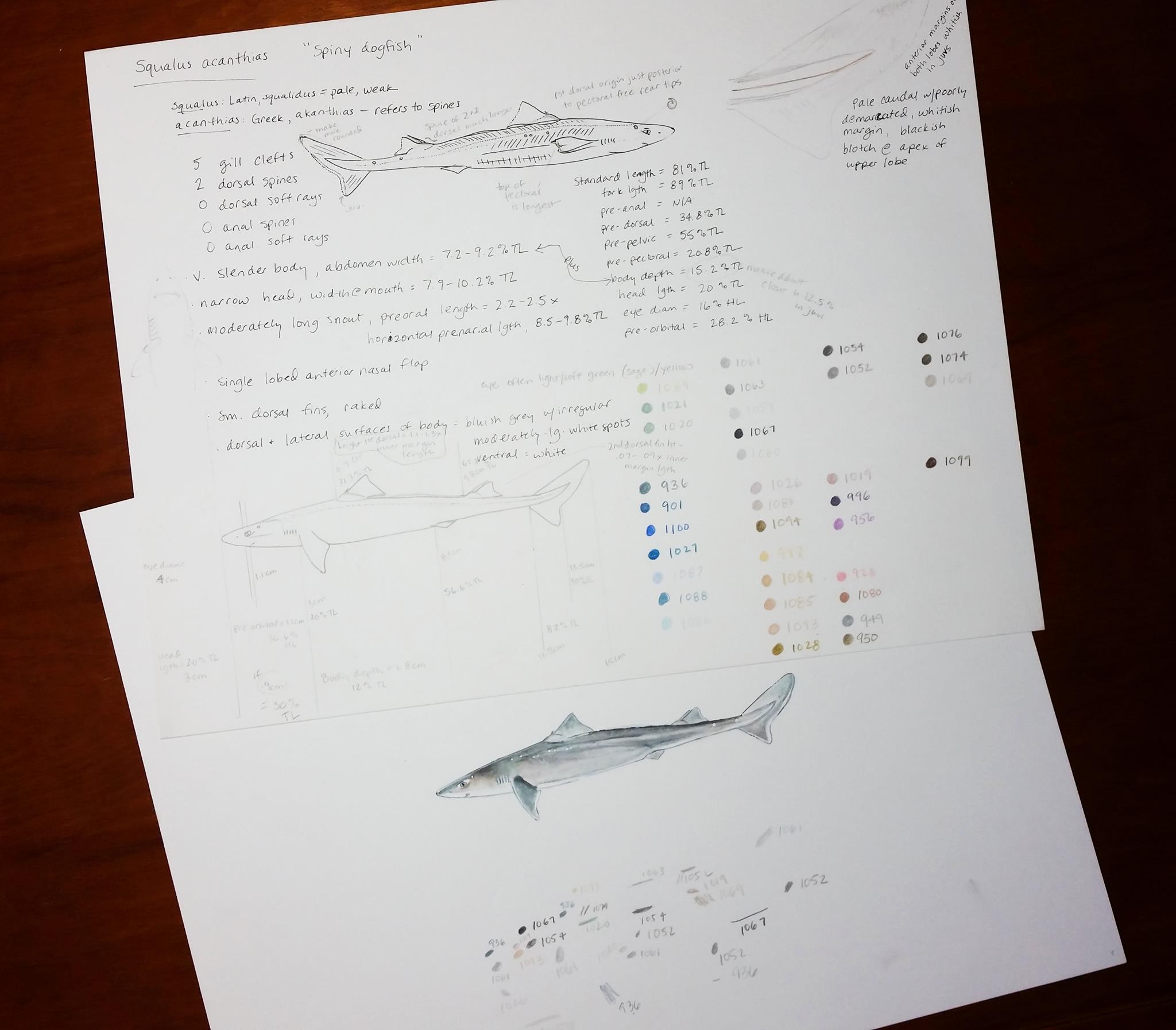 *The FDA and EPA advise women of reproductive age and small children to not eat any shark because of mercury concentrations. The rest of the population is advised to limit their consumption.